The town of Apex has always considered itself “The Peak of Good Living,” which was a good natured jab at rival, neighboring town Cary, who’s slogan was “Where Good Living Begins” (Touché Apex). This is where Apex’s newest brewery gets name. Southern Peak is built to be a true neighborhood brewery; it is in a mixed use area that has residential homes, offices, retail and service businesses. There are a number of lucky people who can easily walk to what is sure to become their favorite watering hole. However, with the selection I sampled I believe this brewery will draw people from much further than the community it resides in.

Nick Poissant and Ken Michalski, a couple of longtime home brewers, started Southern Peak out of a desire to help bring back the concept of neighborhood brewery. It is in good company with breweries like Nickel Point, Fly Trap and Bond Brothers. These are not the massive craft breweries you find in the grocery stores; these are local beers, real local.

The focal point of this taproom is a horseshoe bar where Southern Peak”s friendly staff keeps trusty patrons happy. Large glass pained rollup doors provide this brewery with plenty of light and that familiar industrial feel. This is not a larger taproom but it is a comfortable space where you can choose to sit at the bar or the tables that are found in the taproom area. Additionally, this brewery has a good outdoor space that costumers enjoy on pleasant evenings.

Southern Peak Brewing is only open Thursday, Friday and Saturday evenings and Sunday afternoon. Food trucks are often found for us foodies, due to the small space and proximity to residential homes don’t expect live music, but there is still fun to be had at Southern Peaks. They have a fun selection of games to play including giant Jenga, corn hole and board games. Dogs are welcome, and water dishes are provided.

Most patrons will be drawn to this brewery because of the beer they serve and they will not be disappointed. Only open about a month, the selection is already great. A few of my favorites can be found below… 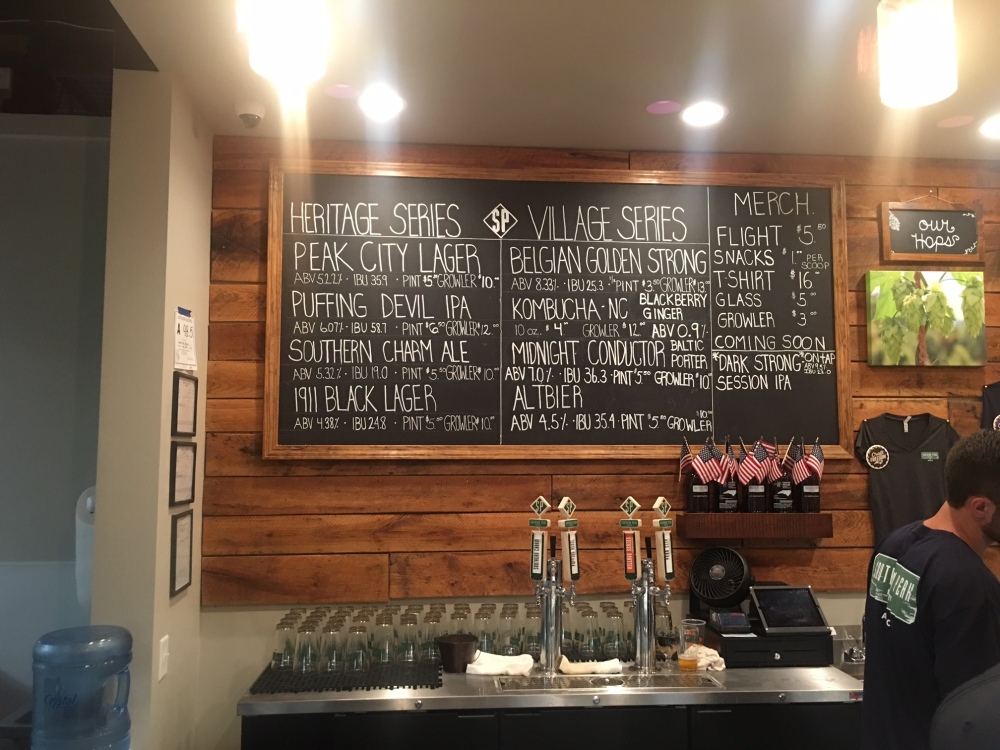 Southern Charm – A cream ale similar to Southern Pines Brewing’s Duck Hook or FootHills Brewery’s Carolina Blond. It is mild, however it’s use of German hops gives it a nice balanced flavor. My wife really enjoyed this beer.

Puffing Devil – An IPA with a twist. This beer is cloudy in appearance much like a Heffe or Wit. The hops used in this beer gives it a very strong grapefruit flavor (Cascade I’m guessing). So much citrus, I swore I tasted pulp. I really enjoyed this beer. There are some beers I enjoy tasting in a flight but don’t really want a pint of it. I wish I had a growler of this one.

1911 Black Lager– Has a surprising smoky flavor. An interesting beer that you will want in your flight.

Belgian Strong – Very smooth, drinkable, strong with a pleasant warm finish. This was my favorite beer of the visit. But be careful, with an ABV of 8.2% this one can sneak up on you.

Dark Belgian Strong– similar to its lighter brother, this one was a tad sweeter with plum and fig notes. Another winner in my book. Warning- this one comes in at an ABV of 9.5%.

Kombucha– Fermented Tea is not my thing personally, but the kombucha movement is becoming wildly popular. I think this is a smart offering. The night we visited, the featured Kombusha was a raspberry ginger and received good reviews from other patrons. 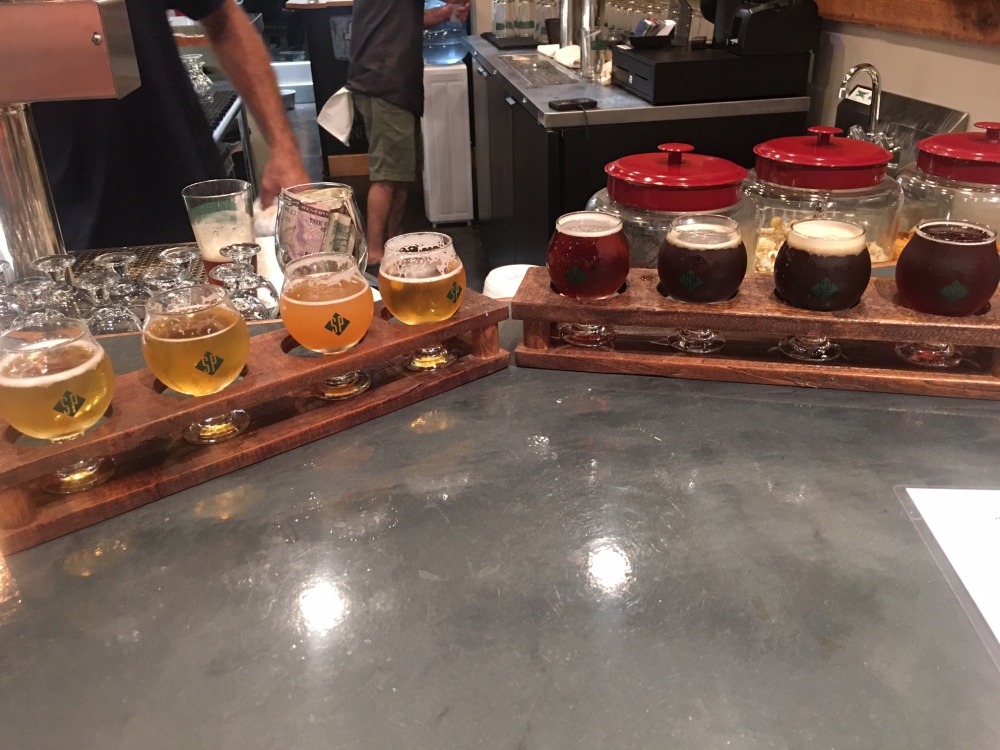 Often when two longtime friends, homebrewers and drinking buddies decide to open a brewery success is not a given. I fact I believe these conversations happen every day amongst friends. Rarely does it result in anything more than talk. I, for one, am glad that these two guys followed up on their dreams and created a brewery that is easy to enjoy.