I’m going to start this review by admitting the Brew Crew and I probably didn’t give Clouds Brewing our best shot. Maybe that was part our fault and part Clouds fault. Either way, I’d rather call this a Fly-by rather than a full brewery review and I would like to return to review them again later this year. Our mission at First in Flights is to promote visiting NC Breweries so I’m not going to focus on what I think went wrong with this visit but instead focus on what I think this brewery has got going for it and there is a lot to like about this place if you love craft beer. 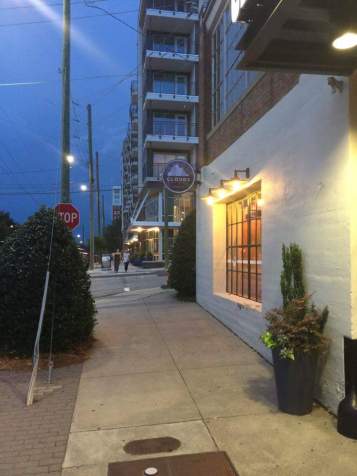 Clouds Brewing is bringing a high tech approach to beer service while giving a nod to history. It is located in the power house district of downtown Raleigh. They have a trendy décor that allows you to know this is a repurposed industrial space with a cool high tech upgraded. The taproom is nothing short of awesome, they have a ton of taps featuring a lot of North Carolina beers (just not many of their own), they also have a selection of ciders and meads. The taproom has a sports bar feel with TV’s everywhere so I have no doubt it would be a great place to watch a game. They appear to have a full-service Restaurant that I would like to try on my next visit.  The most unique feature of this taproom is the downpour, a wall of craft beer taps that allow you to serve yourself. You get a bracelet that measures how many ounces you pour and you only pay for the beer you get form the tap. This allows you to sample a lot of different beers, instead of having to pay for a pint. The downpour is one of the coolest innovations of a NC brewery, however in my opinion it is not properly being used in this case. On the day of our visit they did not have one Cloud Brewery beer on the downpour wall (What?). Another slight disappointment was they do not sell flights, so you would have to buy a whole pint of a Clouds Brewery beer. They were kind enough to give me an ounce and a half sample of the three Clouds beers I did not but a pint of, so I was able to taste each of their beers.

I was really excited about trying the beers at Clouds Brewing as it is my understanding they focus on German style beers. While German style craft beers are very popular in the United States they are kind of rare in NC breweries. Only a few NC Breweries primarily server this style I love. However, I was a little disappointed that they only had three Germany style beer of their own making (German Lager, Pilsner, and Hefeweizen). I hope that in the near future we will see them tackle a Maibock, Doppelbock, Dunkel, Gose or Rauchbier. I think Raleigh would love to have a true German beer concentrated brewer, it would be a great niche. Maybe that is the future of this brewery. 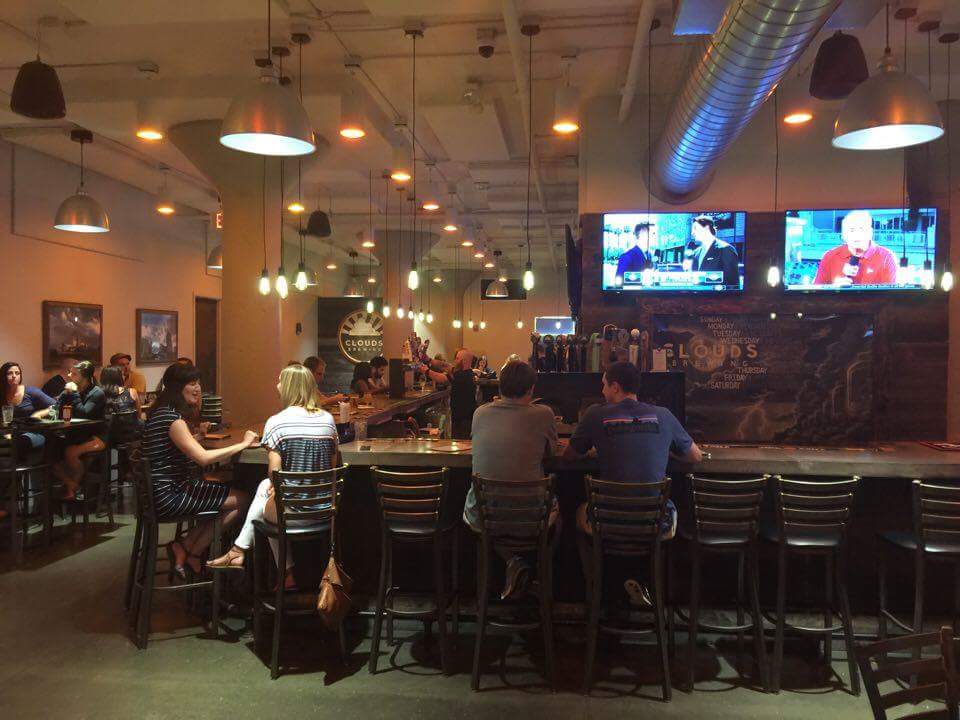 Wolkenbräu Lager– A pale Lager, thin with little flavor, made not to offend. It is similar to an American domestic beer.

Precip Pils Pilsner– the pilsner style is one that is mild, this is a good example of the style with some nice notes that was pleasant.

One Eye Pale Ale– this seem to be a typical American Pale ale a nice drinkable beer that is easy to enjoy.

El Hefe– This is the crown jewel of their current selection a really good Hefeweizen perfect for drinking outdoors. Nice banana nose and citrus flavors dominate. This is a great beer and should beer a flagship beer for this brewery.

I think that this is a brewery worth watching. I am looking forward to visiting them later this year. Stop in to Clouds Brewing and let us know what you think.