Trophy Brewing has two locations in Raleigh – Morgan Street (pizza & brewing) and Maywood Avenue. We visited the original Morgan Street location. We will focus on the Morgan Street location, halfway between the campus of NCSU and downtown Raleigh and walking distances from the legendary Charlie Goodnight’s comedy club. This brewery is easy to find and has suitable parking. 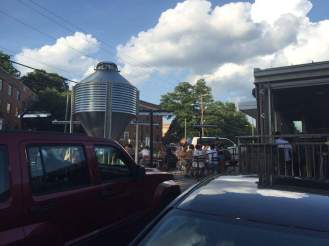 So, why do we love this brewery? This brewery checks a lot of the boxes for what we like – a dark, comfortable taproom with both a horseshoe bar and table seating; outdoor seating with a street view of the Morgan Street happenings; really good beer selections and quality pizza. But, it is the ability to take the familiar and twist it into something unique that makes Trophy a real prize. They do this in both the food and beers they make. We all are acquainted with pizza (it is one of America’s favorite foods) but you might not be accustomed with the way Trophy does pizza. They add unorthodox toppings like roasted brussel sprouts, honey, sriracha, roasted summer squash, arugula and lamb sausage to name a few. Their specialty pizzas reflect the culture at Trophy of masterfully blending flavors to create a unique and wonderful experience.

This was my third visit to Trophy Brewing and in order to properly evaluate this establishment I knew I needed expert help. So I recruited a true New Yorker (Wayne) to help assess the quality of the pizza. According to my friend Wayne, being a New Yorker automatically makes him an authority on pizza (I’ll buy that logic). So what did our expert think? He said “It is far from traditional but it is definitely a quality pie.” Trophy offers its pizza in two sizes, a small 10” personal and a large family size pizza. My teenaged son once told me that every pizza can be a personal pizza if you try hard enough. I think that with all the great toppings Trophy’s specialty pizzas come with there is no way even a hungry teenage boy could finish a large at this establishment. The four hungry Brew Crew members that did this visit were unable to finish the two large pizzas we ordered. 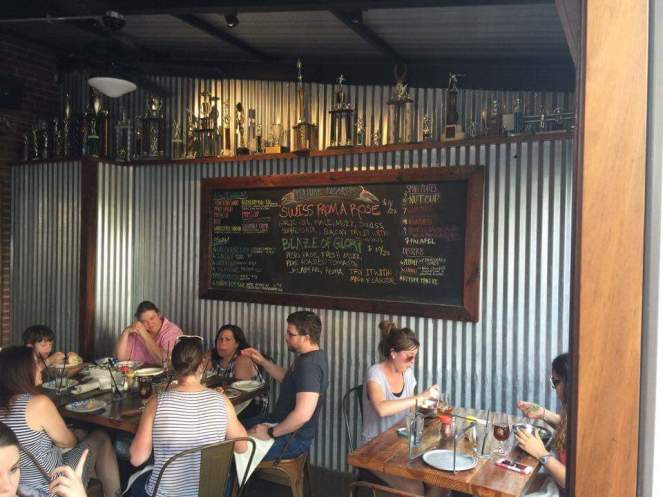 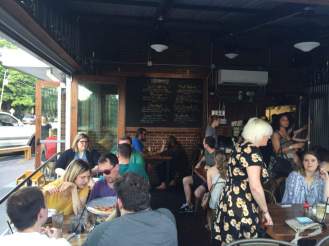 We had the following…

So what about the beers? The approach to making beers is similar to their approach with pizza in that they like to take a traditional and then shake it up, by smartly blending flavors in a way that is surprising and enjoyable. The following was some of our favorites… 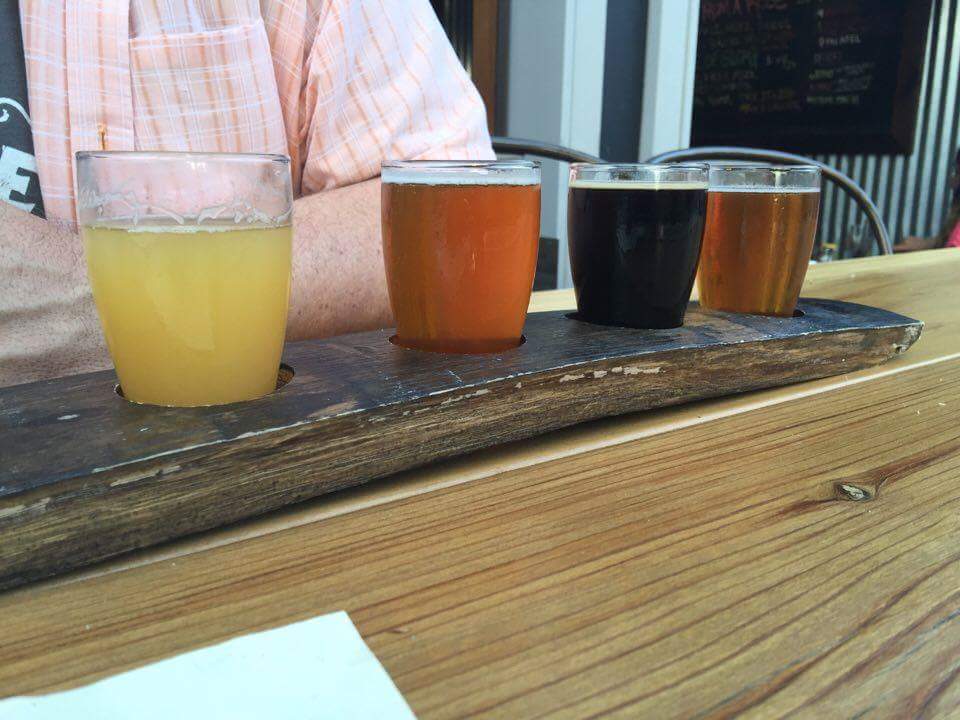 Trophy Wife– Listed as a Session IPA, I’d say it drinks more like a hop forward pale ale, much like Dale’s Pale Ale. This is a very drinkable beer perfect for the people who like a mild IPA or hoppy Pale.

Golden Goat– a twist on German Maibock style. This was our favorite beer sampled, they took an old traditional style and dry hopped the heck out of it to give it a shocking taste.

You’re my Boy Blue!– Mind blown… a Wee Heavy with blueberry and pomegranate tea. This crazy mix of flavors make a sweet complex beer worth sampling.

Slingshot Coffee Porter– Coffee Porters are very popular; they combine two obsessions (coffee and beer) for so many. They use cold brewed coffee to make this very good dark beer.

Please don’t get the wrong impression from this review that Trophy Brewing is a restaurant that brews its own beer. There is no doubt that this establishment is first and foremost a brewery. The fact that they also make great pizza is just gravy (I’m sure we will see them add a pizza to their list that has gravy as a topping). Stop in to Trophy Brewing and let us know what you think.