On a random Monday afternoon I found myself in the familiar taproom of Aviator Brewing Company. This was far from my first visit to Fuquay-Varina to have a beer at this establishment. My relationship with this well-known North Carolina brewery started a bit rocky. I first visited Aviator several years ago and had a horrible experience with a bartender that was far more interested in talking to a blond four barstools down from me than helping me order a flight or answering my questions about growlers. I remember leaving thinking that this was the worst brewery experience I had ever had. I went so far as to avoid drinking Aviator’s fine beers when at bars and restaurants. I’m glad to say that Aviator and I have long buried the hatchet and are now as thick as thieves. I’ve been to Aviator’s taproom several times in the last few years and dined at the smok house across from the brewery a couple of times. Not since that first visit have I had anything other than a pleasant experience. 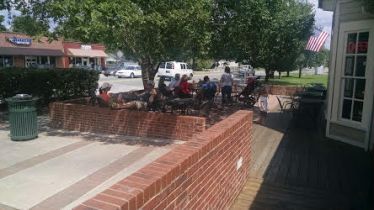 Aviator is a model for downtown revitalization all over the Carolinas. For those who don’t know, Fuquay-Varina was actually two separate towns until they finally merged. This is why there are two downtowns–one the Fuquay downtown the other Varina’s old downtown.  I worked in Fuquay-Varina about twenty years ago, back then Fuquay’s downtown was alive and doing well, but Downtown Varina was vacant and mostly boarded up. Today it is vibrant and home to the Aviator Empire that includes the brewery and taproom, bottle shop, restaurant (and there’s a rumor that Aviator is adding a distillery). Aviator is not alone in the former Varina downtown area, Draft Line has also taken up residency just a few blocks away. Aviator was the driving force behind turning the area of town into a success and a must stop for North Carolina beer lovers. 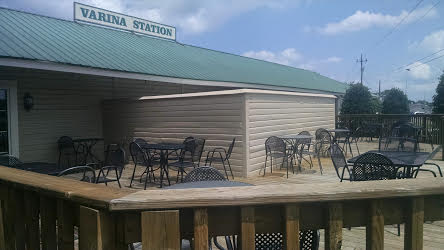 The Brewery and taproom of Aviator is located in an old railroad house. The taproom is decorated with aircraft propellers, photos of the history of aircraft and the iconic images of the artwork of the Aviator cans. Aviator cans many of its most successful beers. Because of that, I believe most people who visit this Taproom are likely familiar with at least some of their beers. Outdoor seating can be found in both the front and the back of the old railroad station.  Much of the menu from the Aviator Smokehouse is available at the Taproom. I enjoy the pulled pork nachos and order them often on my visits here. Music can often be found on weekends, and this place does a healthy business over the weekends. I chose this random Monday for my visit so I could talk more with the staff and get better photos of the taproom when it wasn’t crowded. 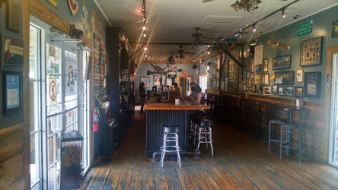 This brewery offers a diverse selection of beers they also enjoy experimenting with a lot of beer styles and flavors. You can find traditional examples of a beer but more often than not the brewers enjoy adding their own twist, including a peppery finish to beer or an interesting tropical finish. As a craft beer lover it is these surprises that have me returning to see what is new on tap (and they always keep a lot on tap, over 12 beers (all Aviator originals) at any time). Some notable favorites of mine are as follows… 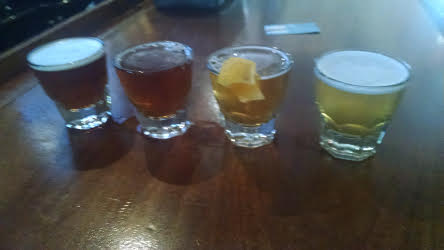 This is a story of second chances, Aviator has given Downtown Varina a second chance and I’ve given this brewery a second chance, after my first visit. Both have worked of very well. If you live in North Carolina or are visiting the state and love craft beer, I’m sure this brewery is on your short list of breweries to visit. If for some reason it isn’t on your list, grab a pencil and add it now. Maybe we will run into each other as I plan to visit again soon.

Michael Cole lives in Sanford, NC, and loves great food and beer. His taste tends to favor malts over hops so he’s an avid fan of ambers and dark beers.   Follow him on Twitter @barbqguy44.