We found ourselves visiting Nickel Point after an old high school friend and fan of First in Flights asked us to visit his neighborhood brewery. After being treated to a good time, we are grateful for the invitation. My old friend, Jason, was generous enough to participate as a guest Brew Crew member on that Friday night along with a couple of his buddies. His insight of the area was instrumental to helping us understand why this brewery is so special. Nickel Point is a true neighborhood brewery, named for the Five Points community in Raleigh, it is situated in a residential area. On our approach to meet my friend at the taproom, we noticed individuals and families (complete with strollers) all heading in the same direction as we were. When we arrived we found a family friendly environment where neighbors could gather at the end of the week to socialize and meet those who live near them.

The actual taproom was rather small and crowded: many of the patrons were hanging out on the outside deck and many of the families were in the brew house area where kids’ games and activities were in full swing this afternoon. The brewery is, like many NC breweries, dog friendly.

While they aren’t a restaurant and don’t have food service, food trucks frequent this establish. Nickel Point has Trivia on Tuesdays, Corn Hole Tournaments on Wednesdays and Run and Ride club on Thursdays. This isn’t a destination brewery where people travel hours to visit: the tables are mostly picnic tables, the beer is served in plastic solo cups that remind me of a college frat party, and the beer selection is limited to only four original brews and a guest craft selection (from Crank Arm the day of our visit). 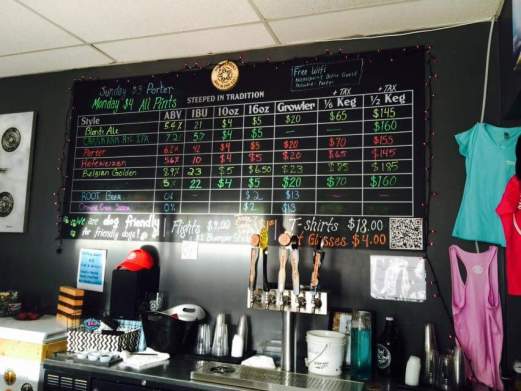 But this brewery should be proud of the four beers we sampled, and the pricing was reasonable. Nickel Point believes in preserving old European beer styles. Their beers are fairly low in bitterness but still not short on flavor. 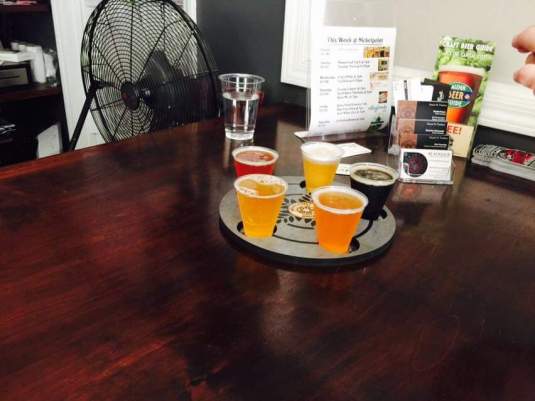 Porter: Nicely flavored with chocolate notes and a bold coffee flavor. I’m usually a huge porter fan but on this hot evening I wasn’t in the mood.

Hefenweizen: This was my buddy Jason’s beer of choice. This is a great old style wheat beer with a nice little citrus tang.

Belgian Golden: Hands down my favorite beer at Nickel Point. A little more complex than the other selections, this beer has just the right balance of malt and hops. Look for this beer next time you’re where Nickel Point is served. 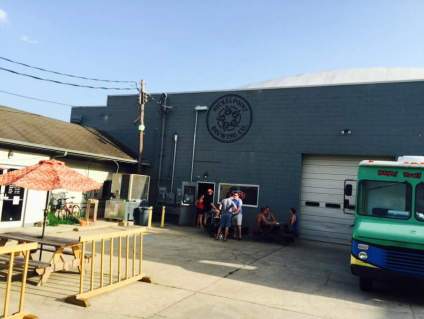 A true asset to an already great neighborhood, this brewery is the community center you wish you had where you live. It appears to have a very loyal following among those in the Five Points area. But soon it will have competition as Neuse River Brewing will be opening in a few weeks just two buildings down. I would encourage them to invest in glassware!

Michael Cole lives in Sanford, NC, and loves great food and beer. His taste tends to favor malts over hops so he’s an avid fan of ambers and dark beers.   Follow him on Twitter @barbqguy44