Neuse River Brewing Co. (NRBC) is located in one of the best craft beer neighborhoods in the state, the five points area of Raleigh. Writing about Neuse River, I will find it difficult to not rave about the incredible community of Five Points. It is my belief that the owners of NRBC, Ryan Kolarov and David Powell, will not mind my bragging about their community one bit. I base this on the fact that NRBC makes an effort to incorporate sustainable practices and use local ingredients when they can; they appear to have built a true community brewery = a place where people from the area are encouraged to drop in and enjoy a beer with neighbors, view the growing Raleigh skyline and sit at one of their large community tables with people the just met. In its short time since opening mid-2015, NRBC has proven to be an asset to an already outstanding beer scene. Concentrating on Belgian Style beers, they seem to keep a healthy variety of beers on tap. This makes a great first impression that will no doubt lead to many second and third impressions for anyone that stops by. On the night my Brew Crew and I visited this was the first of five breweries we would go to that night. (It is worth noting that there are seven breweries within a 1.5-mile distance) This is great place to kick off a tour of Five Points breweries, but be warned it is quite possible the you will want to stay here and not make much progress on touring the other breweries. 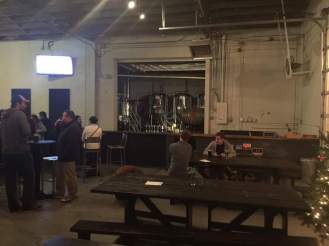 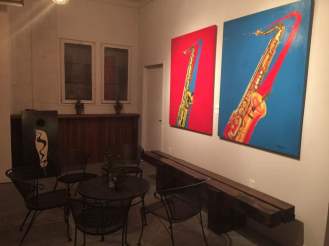 The Taproom is in a old building formerly used to restore firetrucks. However, Neuse River Brewing has given the old building quite a makeover into a modern, more sophisticated space while retaining its industrial, blue collar past. It is reflective of the Five Points neighborhood where two-bedroom, one-bathroom old mill houses can be found next to million dollar mansions, where a blue collar past meets a more upscale present. The taproom uses every bit of space to provide room for its patrons to enjoy the beers and company of their friends. My Brew Crew and I sat at one of the long tables. If the Taproom was any more crowded I would have welcomed strangers to sit with us as we still had a few more sets available. Pleasant art adorns the walls and on the cold night we visited, the taproom was comfortable and warm. The staff we encountered was friendly and enthusiastic about the beers they are creating here. Unfortunately, we were visiting on a rather busy Friday night and the staffs time was limited. Many of the beers we sampled were interesting and I would have enjoyed discussing them with their creators (maybe on my next visit). 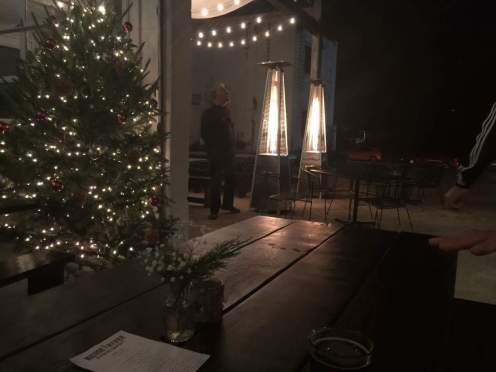 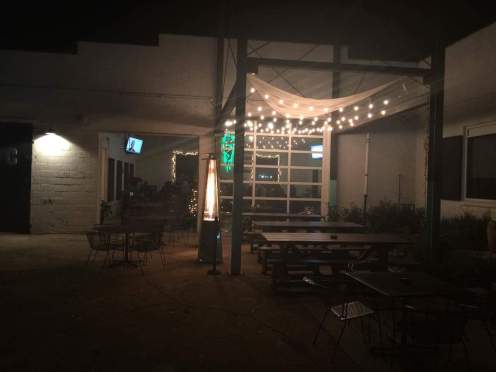 The Outdoor Patio offers an alternative to drinking in the taproom. I love the fact that this outside space doubles as a herb garden. Large heaters on the patio help to make this area popular year around. I feel that too often breweries under estimate the long tradition of drinking outdoors; people love drinking outdoors – think tailgating, German beer gardens, baseball games and festivals. From the patio at NRBC you can enjoy a view of the Raleigh skyline, good beers and the company of your friends. 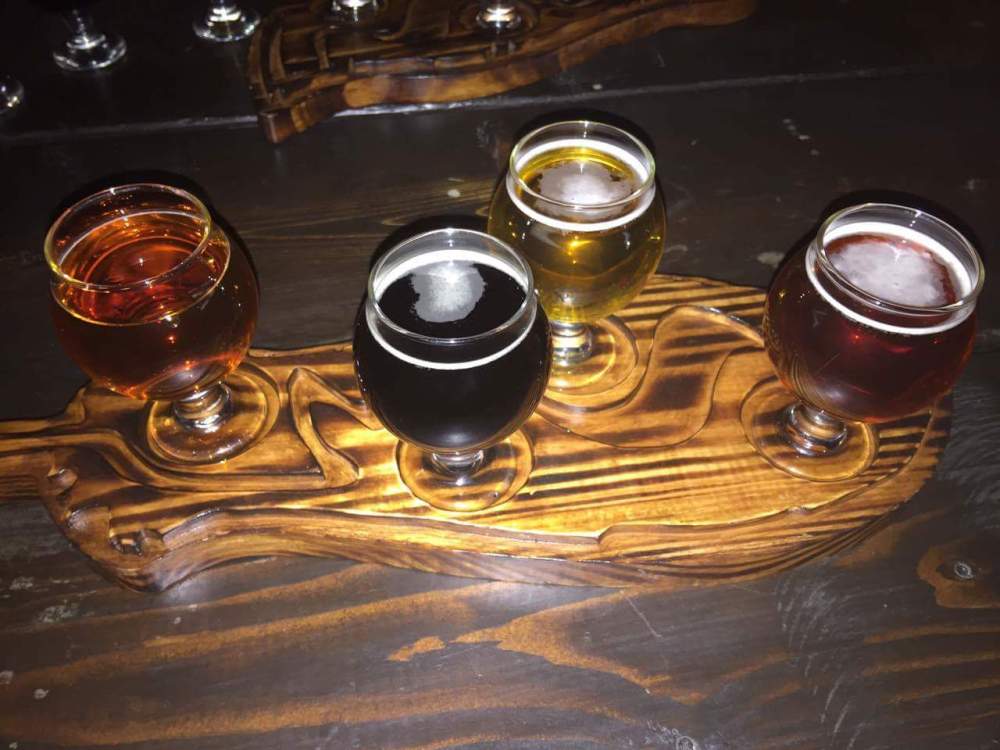 You and your Brew Crew will undoubtedly enjoy your visit to this fine addition to one of the state’s best beer neighborhoods. I enjoyed my visit even more knowing that this brewery is so committed to being a positive influence on it’s community.