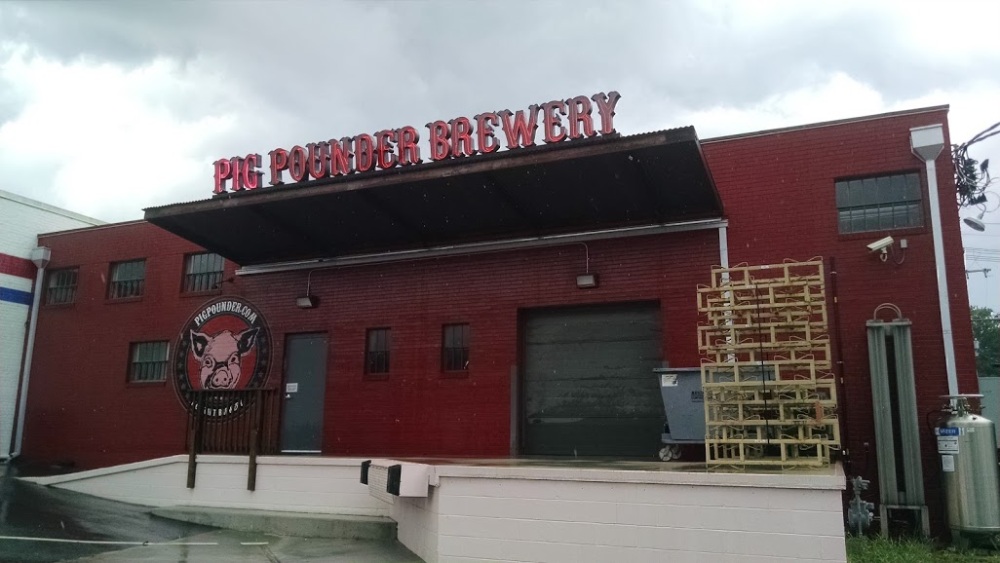 There’s no need to pound the beers at Pig Pounder in Greensboro: like most pigs, their beers are best best low-and-slow. (Not sure how the “low” part works in this analogy? Hang with me here.)

At first, everything seems exactly what you’d expect. Folks were friendly, but maybe a little too friendly. As we walked in, a customer at the bar recommended we get the Extra Special Pig: “I don’t burp as much when I drink that one!” Pig memorabilia abounded, including some scary looking pigs (I’m looking at you, Boarior!), rock music was playing, it was close quarters, and it seemed at first like it was going to be a rough-and-tumble rolling-in-the-mud kind of place. 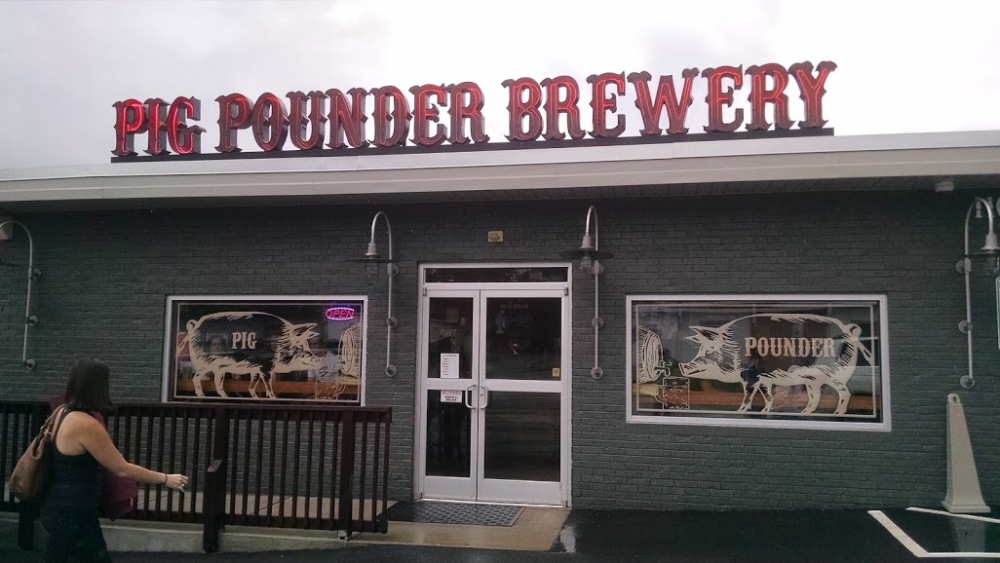 And then suddenly it wasn’t. They use only the finest imported specialty malts. They brew UK style beers. The bathrooms are pig pink. (Even the hand dryer. And, yes, that includes the men’s room.) There was free popcorn. The staff was courteous and knowledgeable. The space inside was tight but had plenty of room outside to enjoy the weather (it happened to be raining). The bay area where the tanks were located was large and pristine. And then people started showing up. In yoga pants. And with yoga mats. And they kept showing up. In yoga pants with yoga mats. 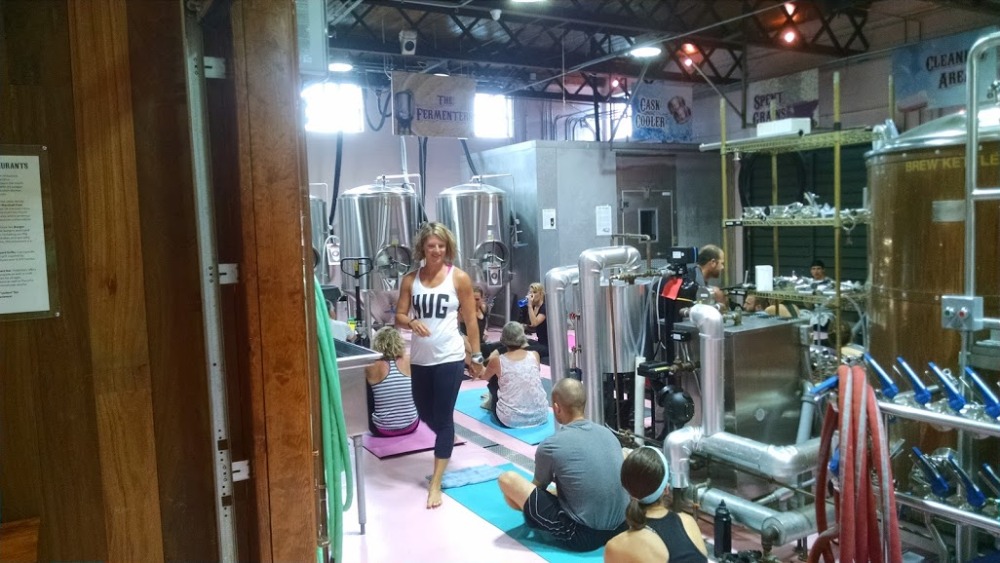 Turns out that Pig Pounder was partnering with a local yoga studio for a yoga workout in the brewery, behind the taproom, and that men and women from Greensboro were arriving to “earn their beers” by working out first with a tasting included after.

Luckily, you didn’t have to do any yoga to have a tasting flight, and we could offer unhelpful commentary to the yoga-ers via the CCTV streaming their workout into the taproom (“Oh snap! Look at that guy!”). And don’t think we didn’t notice the folks who made it to Pig Pounder in their yoga gear but didn’t quite make it past the bar to their workout!

Pig Pounder just had their one-year anniversary a few weeks ago, and they currently brew every week. They have a number of sister restaurants in the area, including some delivery options, and the brewery is named after a beer launched by the Darryl’s restaurant chain in 1988. If you were wondering what happened to Darryl’s (there were 36 of them at its peak, and I used to love me some Darryl’s; as a kid, we viewed it as the Better Shoney’s), it was bought out by General Mills and then sold to Houlihan’s restaurant group, which filed for bankruptcy in 2002. Darryl’s dropped down to a single remaining Darryl’s in Greensboro. Enter Marty Kotis. Who bought it. So Darryl’s lives on, and Marty Kotis is also now the man behind Pig Pounder. So he deserves double kudos for saving Darryl’s from impending doom and for creating a second brewery in Greensboro.

The UK-style beers here are lower ABV on the whole (hovering between 3-5% for the most part), which allows you to have full-flavored session beers, drink with food, and have lots more of them and still Uber home. I recommend starting with the sampler.